Jen Huber All About Marketing

Way back in the beginning of this century, Beyoncé dominated the music charts and affiliate marketers dominated the search engines, but their styles were polar opposites.

Where Beyoncé rose in popularity for unadulterated quality vocals, an attractive package, and an intimate understanding of her core audience, affiliate marketers rocketed to the top with one-hit-wonder style shadiness. They rode the trends like shooting stars, hopping on each new superfood or weight loss supplement until their popularity waned as the next hot trend hit the market. They were Afroman’s one-off stoner anthem (Because I Got High) to Beyoncé’s huge catalogue of hits.

So how does your marketing style compare…and what can you learn from the bands that endured?

Flock of Seagulls vs Grateful Dead

Flock of Seagulls was an otherwise forgettable British band best known for one great song and the worst hairstyle in music history…even though they debuted during those regrettable hair band years when male bands wedged their bits into sparkly spandex and guyliner became a thing.

Flock of Seagulls was a passing fad at best, fueled entirely by gimmicks. The music itself was pretty pedestrian, but they did make a really creepy video. 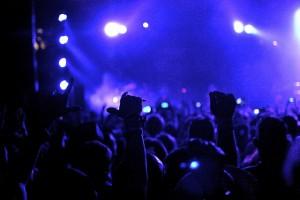 From a marketing standpoint, they didn’t make an emotional connection with their audience. When their next song came out, nobody cared.

The Grateful Dead, on the other hand, has endured for decades. The Rock and Roll Hall of Fame calls them “the most groundbreaking act in rock and roll history.” Audience connection is what makes them stand out. They have a massive, involved following of self-dubbed “Deadheads”—many of whom follow the band from concert to concert.

The marketing takeaway here is about emotional branding. Being a Deadhead goes far beyond fandom. It’s a lifestyle…an identity. When you connect with your customers on a deep level, they’ll follow you anywhere.

Justin Bieber vs The Beatles

When it comes to quality content, The Beatles were deep philosophers. Their songs were laden with political concepts and addressed poverty, single motherhood, civil rights, drug abuse, and more—still the most important issues of the day.

The casual listener might not consider the meanings behind the lyrics, but they were there. Blackbird, for example, is a song of encouragement from Paul McCartney to black women struggling during the U.S. civil rights movement.

In contrast, there’s no deep meaning to be found in Justin Bieber lyrics. “And I was like…Baby, baby, baby oooh” is just as shallow and valueless as it appears to be. Think the tweens who scream his name today will still love him when he’s 65 (or older)? Me neither.

The marketing takeaway is to invest in quality content. People search for answers, not shallow keyword crap. Deliver information with depth and clarity.

I’ll admit it. I grew up when disco was king and I love it. Gloria Gaynor was one of the reigning disco queens. “I Will Survive” was one of the most iconic songs of a decade when women sought freedom, empowerment, and great dance moves. However, her audience was limited to people heavily invested in shiny attire who knew how to do The Hustle, and most of her subsequent music was largely ignored when disco fell out of popularity…which is super unfortunate.

Shania Twain is a crossover star with broad appeal who moves easily between pop and country audiences. Originally a country singer, her catchy tunes and upbeat melodies fit perfectly on the pop charts and broadened her reach to an entirely new audience.

The marketing takeaway is to broaden your reach and appeal to a wider audience. Small-niche marketing is great, but if you can sell to the bling crowd and the boot scooters, you’re as golden as Taylor Swift.

Even though you may not be quite as legendary as an iconic band, you can learn great marketing lessons from what they do right. Bands are performing artists, true, but they are also manufacturers, marketers, and brands.