For the Love of George (Takei)

Niki Robinson All About Blogging, All About Ghostwriting

You may have noticed the Internet all aflutter this month as rumors circulated that TV humor writer Rick Polito is actually the jokester behind George Takei’s wildly popular Facebook page. So do ghostwriters really run George Takei’s Facebook page? Maybe. Does it matter? Nope. Not at all. Here’s why…

The revelation went like so: “[Polito] now writes funny lines for George Takei’s Facebook page and ‘even at $10 a joke it still feels like a validation to see so many people reacting to my humor. I have written jokes that got 10 likes per second for hours.”

Many of George Takei’s fans were shocked to learn that an extremely popular and busy celebrity doesn’t spend all day, every day on Facebook. Gasp! I know, right?

Everyone seemed to simmer down the following week after all parties involved quickly swept the issue under the rug with some mildly cryptic comments.

From Polito: “I just said that I’d been looking for any mention of my book I could get and that I hadn’t meant to expose anything…I don’t update his page. I’ve had no direct contact with George. I’ve sent him some memes, as have other comedian types and I was happy for the exposure.” He also makes mention that he did write an apology.

From Takei (Wired.com): “What is this hoo-ha about my FB posts? I have Brad, my husband, to help me and interns to assist. What is important is the reliability of my posts being there to greet my fans with a smile or a giggle every morning…The commentaries are mine. They are authentically mine, I assure you.”

George Takei is a rally crier for gay rights and a proponent for racial equality. He’s genuinely smart and regularly hilarious as he ages with grace and wisdom. Perhaps this is why when the question of authenticity arose, his loyal flock started to swarm.

But let’s think about this rationally, people.

If George Takei does, in fact, hire ghostwriters, I guarantee their scribbles and shares are held high to the George Takei standard. His posts are still a daily manifestation of his beliefs, ideals, and his sense of humor. His posts promote compassion, equality, perseverance—and admit it: we could all use a suggestive Star Trek joke on a Monday morning.

Take it from Rick Polito: “The power of George is unbelievable. His fans are a viral army. He may not be a stockholder, but he owns Facebook.”

In this situation, you have the very reason ghostwriters exist and exist to be anonymous. We help spread interesting information and great ideas that can change the world and influence millions of people. But the giants who make headway on our path of human progress are often too busy doing their jobs to write books and blog posts. If anything, the authenticity through a ghostwriter is a greater force, as we facilitate the communication of complicated ideas and assure important ideas remain relevant. 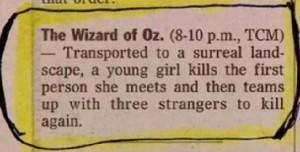 Now obviously, a good ghostwriter would never reveal their status without express permission from the client. Was the June 6th post innocent? Perhaps. A slip on Polito’s part? Maybe. A bad move on Romenesko’s part? Probably.

But do Polito (or other ghostwriters) really write George Takei’s Facebook posts? Well, frankly, I sure hope so. Takei has better things to do.

Agree? Disagree? Agree to disagree? Want to talk about the awesomeness that is George Takei? Leave a comment below!